The Kwame Nkrumah interchange trotro station at Circle has been evacuated.  The trotro station is located directly in the path of the new interchange and will therefore need to be situated elsewhere to enable work to progress on the new development. Early this week, graders and bulldozers leveled the plot of land that has come to symbolize the hub of cheap transport in Accra.

The trotro drivers and their unions have long been consulted and briefed on the need to pave way for ongoing works and are thus aware that the land they occupy will be forfeited. The drivers have therefore now created improvised trotro stations along the roads that adjoin the original station.

The Circle trotro Station belongs to the state and is managed by the Accra Metropolitan Assembly [local government] and has been in existence since the the 50s. It connects several passengers moving across the city ad from elsewhere.

Photos of the evacuation and how the drivers are adjusting below. 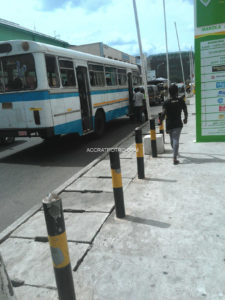 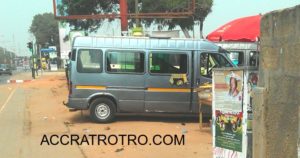 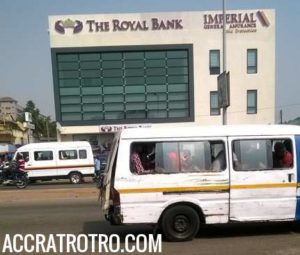